Danuta Kean looks at the fastest-selling paperback of all time – the publishing phenomenon that is Fifty Shades of Grey – and asks: “Why?”

There were seven women in my carriage as our train sped through Northamptonshire to London.  Two of them looked like students who had been home to Mum and Dad for the weekend to get their washing done; one was an elegant 60-something, another was a young woman with a sour-faced boyfriend at her side. They made a sundry group, but these women did have one thing in common: they were all sitting on that train reading the publishing phenomenon of the moment – E L James’s unintentionally hilarious erotic novel, Fifty Shades of Grey.
My mood, which had been good all weekend while I chaired events at the Althorp Literary Festival, soured as I looked at these women and suddenly felt as if I had stumbled on the annual outing of the Desperate Housewives’ Club. What on earth has happened to my gender, I wondered, that we are reading, en masse, a book so badly written it has spawned several websites set up purely to mock it?
Fifty Shades of Grey tells the story of a monstrous relationship between a virginal young woman and an exploitative and cruel man with a penchant for sado-masochism.
Women young and old, rich and poor, are reading this book and its two sequels in such huge numbers that sales have now surpassed 30 million in the US and UK – beating Harry Potter and The Da Vinci Code to make Fifty Shades the fastest-selling paperback on record. In literary terms, it is dreadful. The plot alone would make Harry reach for his potions.
So why is a novel of such execrable prose – I quote: “My inner goddess is doing the meringue with some salsa moves” – suddenly a bestseller? And what does its popularity say about the women who are buying it in droves? One reason may be its role as ‘Mummy Porn’ – safe but stirring erotic fiction, which titillates the middle-class mothers of suburbia.
When a friend asked two female colleagues why they bought the book, they said: “To see what the fuss was about”. Millions of women may be buying the book out of curiosity, but it seems some are becoming more adventurous in the bedroom as a result – leaving their appreciative husbands writing five-star reviews of Fifty Shades of Grey on Amazon.
The book enjoys the frisson of being forbidden fruit, but at the same time it is entirely safe because it is fashionable. It’s being talked about by respectable literary and academic pundits – and everybody else is reading it too. In a previous age, DH Lawrence’s Lady Chatterley’s Lover had the same impact.
But I believe the real reason for the book’s popularity is that, consciously or subconsciously, it exploits one of the oldest ideas in society: the Freudian notion that all women are either Madonnas or whores. However, Fifty Shades offers a get-out-of-jail-free card: it says you can still be a Madonna, while acting like a whore. Ana may have wild sex with Christian, but wash off the whipped cream and undo the shackles, and the nice girl is still there. Even better: a handsome billionaire loves her.
It’s not just sex that women escape into in Fifty Shades of Grey. More 1812 than 2012, it harks back to an age when women were not burdened with responsibility. It is no coincidence that the book’s success follows the surge in popularity of historical novels and dramas such as Downton Abbey and Call the Midwife. All reflect a traditional universe in which women know their places, where the gender roles were more clearly defined and delineated.
There is something liberating about a fantasy in which we sign over responsibility to someone else – though I doubt the appeal would be nearly as strong if Fifty Shades’ male protagonist, Christian, was poverty-stricken and ugly. Ana submits to Christian’s rule on everything, from what she eats to what she wears.
It is, of course, a fantasy with a track record. Other female protagonists in recent best-selling fiction inhabit a very conservative universe. Larsson’s Girl With The Dragon Tattoo, Dan Brown’s Sophie Neveu in The Da Vinci Code, Helen Fielding’s Bridget Jones and James’s Ana are all redeemed by men. Fifty Shades of Grey is the latest in a long line of books that imply that women haven’t progressed much beyond the 1950s in how they view relationships. I believe this book was rescued from the dusty shelves of specialist bookshops where the dirty mac brigade hang out because it taps into the complex stresses created by equality.
By handing over all control and thinking to a man, Ana gets to have it all – including her damaged billionaire. That is the real fantasy in this book.
I asked my friend Jane why she had bothered to read Fifty Shades when the world is rich with wonderfully well-written books telling fresh and exciting stories. “Some of us work really hard all day in mind-numbing jobs and, at the end of the day, we don’t have the energy to do much more than vegetate in front of the telly,” she told me. Jane’s eyes narrowed. “I really enjoyed it. So shoot me.”
UPDATE: the Fifty Shades trilogy has now been translated into 51 languages worldwide and sold more than 100 million copies in ebook and print—making it one of the biggest and fastest-selling book series ever. The film adaptation of Fifty Shades of Grey releases this week, starring Jamie Dornan and Dakota Johnson as Christian Grey and Anastasia Steele. Here’s the trailer:

Have you read – or watched – Fifty Shades of Grey? What did you think? Let us know in the comments. 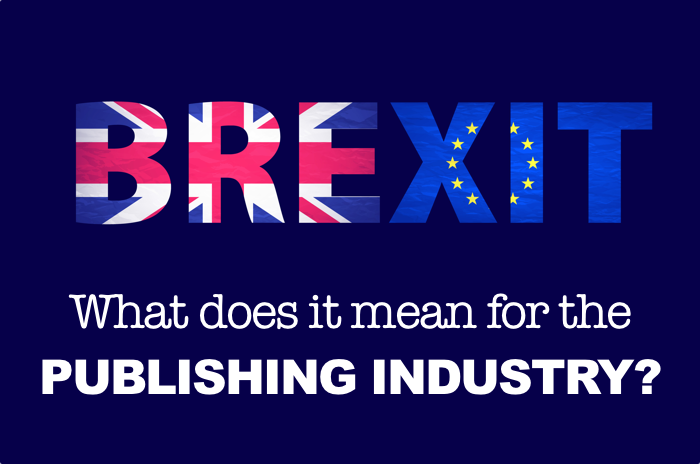 Brexit: What does it mean for the publishing industry?

One thought on “Talking Point: Fifty Shades of Grey”