Lauren Child speaks exclusively to Lucy Coats at the Bologna Book Fair about One Thing, her first Charlie and Lola book for five years.

The taxi is late, so as I wait for Lauren Child to arrive at Bologna Children’s Book Fair, I have a chance to get a proper look at One Thing, the first Charlie and Lola book for five years, which brings Child’s unique vision to focus on numeracy, as she has done previously with literacy. Charlie and Lola is a proper publishing phenomenon, with its own trademark, CBeebies animated TV series – and a LOT of books. Child wrote the first Charlie and Lola title, I Will Not Ever Never Eat a Tomato, in 2000, and won the Kate Greenaway award for it, setting her on the road to fame and fortune. This latest addition to the oeuvre is psychedelically bright, with an eye-catching fluorescent orange cover, and as I turn the pages, I find myself beginning to smile, and then laugh.
By the time Child arrives on the Hachette stand all in a flurry and desperate for coffee and a snack, she has converted this maths-hating writer into a fan of all things number. The child voices are perfectly pitched – How many leaves? “A hundred,’ says Lola. “Nearly at least” – and the illustrations are trademark Child, although fifteen years down the line, she tells me, ‘my art style has changed – I’ve found better ways of doing things. The line weight is thicker, and the look is cleaner, even though I needed to keep the characters close to where they began.’
When I ask why it has been so long since the last Charlie and Lola book, Child says that after many solid years of immersion, she was ‘Charlie and Lola’d out.’ She tells me that she was too wrapped up in the TV show to think about and look at her own characters with any perspective, and needed a break. ‘Book Charlie and Lola are more about wide-eyed innocence than TV Charlie and Lola, who are a bit more knowing,’ and it took her time to get back to that feeling. She’s also been tied up with other projects – each of her Ruby Redfort novels are about 85,000 words long – so that has also been a factor.
One Thing is not a new story per se. It’s been scribbled down in one of Child’s notebooks for some time now, awaiting the right moment. I ask her why she wanted to do a book about numbers and numeracy, and the answer is fascinating. Child aims to do for numbers what she’s already done for language and literacy. She says that all language is new for kids, and they talk about it in a different way to adults. They approach numbers in the same way, experimenting, feeling their way towards the right way to use and understand them, and making mistakes along the way, like Lola saying fifty or twenty seventeen ladybirds, for instance.

Child herself was not particularly excited by numbers until she discovered they were a big part of music and art. Now she is passionate about sharing her discoveries with kids. She doesn’t see One Thing as a teaching aid – but wants to express her feeling that numbers are a joyful thing.
‘Children learn to count almost immediately – it doesn’t have to be right at once. Part of the learning process is the discovery of patterns and experimenting with them,’ she says. ‘For instance, time is told in lots of different ways – it doesn’t have to be a headache. I love the fact that numbers can go on and on to a squillion (if that even is a number) or infinity – they don’t just stop at ten.’ Within the book, she has tried to convey that joy by using many different numerical fonts on the page to catch the eye. ‘I could always see this book visually – numbers are in everything, they are everywhere.’
In another of Child’s books, the character Clarice Bean is pictured balancing on the word ‘balance’, and she says she wanted to play much the same visual trick here. Luckily, in David Mackintosh, she has a designer who absolutely understands what she is trying to achieve. Child has a rule of ‘no more (and if possible less) than 80 words on a page.’ She also always reads her work out loud to check it. ‘Reading stuff out loud is unforgiving – you can’t get away with a badly written sentence. You have to know why you are using a word and not be self-indulgent.’
I ask what she thinks of her earlier work now, and she laughs. ‘Sometimes I want to go back and rewrite, because years later, you know, you’ve learned stuff.’
There is one thing that can’t be learned though – and that’s talent. All of Child’s books have that, and the essential quality of readability, in bucket-and-spadefuls. The next generation of children – and their parents – are going to have such fun sharing this lovely book. I only wish I’d had One Thing when I was small. Perhaps it would have lit a ‘love numbers’ spark in me, and then I wouldn’t have failed all my maths exams.
One Thing by Lauren Child is published in October 2015 by Orchard Books.

Lucy Coats has worked in publishing as an editor, as a bookseller, and is now a journalist and author of children's books for all ages. Her series Beasts of Olympus is published by Piccadilly Press, and her YA novel, Cleo, about the teenage Cleopatra, is published by Orchard Books. Lucy was Contributing Editor on the Children's Publishing issue of Publishing Talk Magazine. Find out more at www.lucycoats.com and follow her on Twitter at @lucycoats. 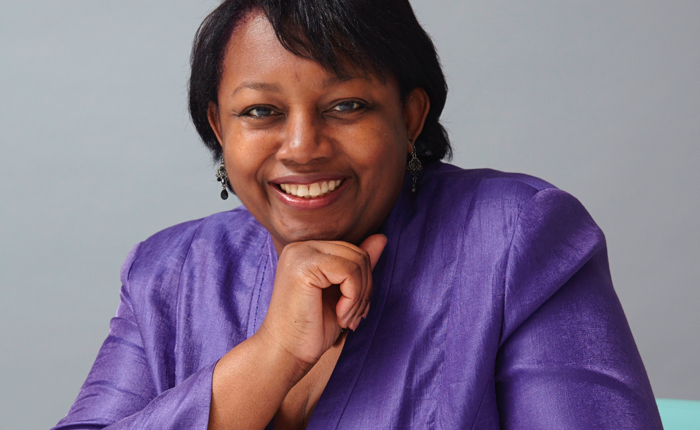