Danuta Kean is a journalist and publishing analyst whose work appears in national newspapers and specialist magazines. Follow her on Twitter at @Danoosha.

In a year when the iPod moment for books looks increasingly likely to happen, failure to pass the Digital Economy Bill isn’t a lost opportunity, it’s a tragedy.

Opposition is growing to the UK government’s Digital Economy Bill, which includes a “three strikes and you’re out” clause to deal with Internet piracy. The Guardian reports “strong criticism” within the House of Lords to the plan to cut the Internet access of persistent file-sharers.
These latest objections centre around concern by businesses and institutions, including public libraries, that they could be caught out if the penalties are introduced. An open letter signed by, among others, the British Library, states: “Because public institutions often provide internet access to hundreds or thousands of individual users, the complexity of our position in relation to copyright infringements must be taken into consideration.
“If this is not done, a public institution such as a library, school or university’s internet connection as a whole could be jeopardised, resulting in loss of internet access to large sections of the public, particularly the 15 million citizens without an internet connection at home.”
The news should concern anyone involved in book publishing and distribution, because anything that threatens to slow progress of the bill through parliament means this landmark legislation is unlikely to be passed before the General Election. If that happens the chance of it being introduced by an incoming government are very slim indeed.
Last year John Whittingdale, Conservative MP and chair of the culture, media and sports committee, told me: “If this issue is not tackled before the election, an incoming Conservative government will be confronted with a huge agenda and a stack of manifesto commitments and one would have to say, being realistic, this is unlikely to be a priority.”
With the Tories ahead in the polls, Whittingdale’s prediction looks likely to come true.
In a year when the iPod moment for books looks increasingly likely to happen, failure to pass the Digital Economy Bill isn’t a lost opportunity, it’s a tragedy. Aside from the understandable concerns of access providers, objection to “draconian” punishment centre on the social implications of cutting off net access in a society increasingly dependent on the web.
Well, hello! If it didn’t hurt, it wouldn’t be a punishment.
Let’s get some perspective here. The bill is needed because peer2peer file-sharing poses a very real threat to the global creative economy, including the nascent ebook industry. Piracy has already decimated the music industry – it is responsible for a 30% decline in revenues over the past six years, according to the latest figures from the IFPI, which represents the international recorded music industry.
Those who claim file-sharing is a blow against big business that does not harm small, independent players, should think again. The IFPI’s figures provide a salutary lesson: bore down to local market data and you find that between 2004 and 2009 Spain, which has one of the highest rates of illegal file-sharing in Europe, witnessed sales by local artists in the top 50 drop by an estimated 65%. In France, which recently introduced legislation against pirates similar to that proposed in the UK, local artist album releases fell by 60% over the same period. According to the IFPI, a quarter of France’s internet population downloads illegally
Ah but books are different, you might think. Well, no. A study released last month by Attributor, whose FairShare Guardian service monitors the internet for pirated content, provided startling data on the impact of file-sharing on books. It estimated that publishers were losing as much as $3bn to online book piracy. You didn’t misread that: it said three BILLION dollars, more than the total value of the UK book market. As more readers move to digital formats, that figure will only get worse.
You see, despite the way it is reported, the campaign against online piracy is not just about money. It is about culture, and the ability of smaller players – be they publisher or author – to sustain their work.
If the music industry is anything to go by, it is not the J K Rowlings, Stephanie Meyers or Dan Browns who will suffer if peer2peer file sharing becomes rampant in books. It is the already beleaguered midlist authors, whose work already struggle to find a place in a market dominated by multi-million pound global hitters and celebrities.
Piracy is a huge and growing problem that needs to be tackled now. Objections to the use of harsh penalties for the worst offenders fly in the face of evidence that shows that file-sharing has dropped sharply in countries where account suspension is used as a penalty of last resort.
A government crackdown in Sweden introduced early last year had an immediate impact. Sixty percent of users of file-sharing sites stopped completely or significantly reduced their downloading. The Swedish law demands internet service providers provide copyright holders with details of service users who share files, which opens the way for prosecution.
Britain is only the latest country to follow the Swedish lead. In France tough penalties, including account suspension, have already come into place. Legislation is before the House of Representatives in the US, and the European Parliament is also working on draft legislation to deal with the problem although it is expected to drop plans for account suspension.
If the Digital Economy Bill falls at the last hurdle, Britain will be left behind. And for those of us producing work that other people wish to steal, that will cost us dear. 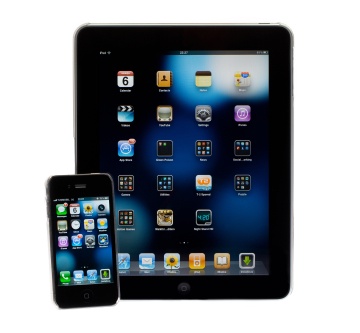 18 thoughts on “If the Digital Economy Bill fails, we'll all pay”