Hello publishing talkers, and a belated happy New Year!
I suppose it is that time of year to look back over the last 12 months, divide it into arbitrary categories, and award each a prize. Maybe we’ll do awards next year. For now, I just want to highlight some of my key moments of 2007, and look ahead to what 2008 might hold.
Don’t worry, it won’t take long. I’m starting at April, since that’s when Publishing Talk launched.
In many ways, 2007 was the Year of the Curmudgeon. One of the first posts on this blog was my horrified reaction to bath-based literary luddite Margaret Atwood, and her dismissal of eBooks at a London Book Fair fringe event. Then in December, the wonderfully curmudgeonly Doris Lessing, who seemed so annoyed at the chore of winning the Nobel Prize for Literature, lashed out at people ‘blogging or blagging or whatever they do’ on an interview on BBC Radio 4’s Front Row; and moaned about the ‘inane Internet‘ in the Guardian. I am rather disappointed that these two science fiction authors don’t have the imagination to grasp the Internet.
Then again, Ms Lessing is on MySpace, has her own website, and is, frankly, all over YouTube, making this my clip of the year:

In June we had an attention-seeking curmudgeon, the first rumblings of The Troll, bleating about the Cult of the Amateur, reminding us that there is money to be made from baiting us new media types into providing free publicity for his rants. (I don’t mind – we’ve all got to make a living.) And, for those of you who think I’m being rude about Mr Keen (which I am), please note that ‘troll’ has a distinct, non-billy-goats-gruff meaning in Internet parlance. Look it up on the Wikipedia he hates so much.
Andrew Keen also has a rather good, and very active blog. Methinks the curmudgeons protest too much.
On the non-curmudgeonly side of the fence, 2007 could also be considered the Year of the Blogger. Very many businesses have been blogging since 2006, when Naked Conversations

was published. Publishing is catching up, and there are many blogs out there: commentaries, corporate blogs and author blogs – though not nearly enough of those.
Many of the most interesting commentaries on the future of publishing are, unsurprisingly, online. Not least Jeff Gomez’s ‘Print is Dead‘ blog, which made the reverse journey in November and became a book

. While Richard Charkin’s blog ended when he moved from Macmillan to Bloomsbury in October, we doubt he’ll be out of the blogosphere for long, and the digital team at Pan Macmillan released the digitalist in December, which is well worth a read. Publisher’s blogs picked up the pace in 2007, including Penguin, Harper Collins and OUP.
My favourite author blog of the year was the RSC Shakespeare (no, not authored by the Bard himself) – not least because it made ‘57 academics just punched the air‘ the top search string for this blog for many months. But we need more author blogs, and more publishers to facilitate them. When it comes to blogging, the author is the brand. Too many publishers still don’t think this stuff is relevant to them, and don’t even know if their authors have their own blogs. Will this change in 2008?
I’m glossing over podcasting news, because many publishers still don’t know what a podcast is. Which is depressing. Surely this can only improve in 2008?
In eBook news, Sara Lloyd and Danuta Kean went on telly in April to talk about the iPod moment, but we’re not really sure it’s here yet – despite the Amazon Kindle appearing at the end of the year. Chris Steib took Margaret Atwood at her word, and determined whether you can, actually, read an eBook in the bath with a watery experiment; and the debate raged on. I expect this to continue in 2008, but I can’t help having this nagging feeling that we’re asking the wrong question. Rather than asking how we can translate the experience of reading a printed book to the digital domain, in 2008 we will go back to a more fundamental question: what IS a book?
In online video, Pan Macmillan topped the YouTube charts in May, Simon & Schuster released bookvideos.tv in June, and surveys showed that online video is really where social media is at among business at the moment. A survey by Melcrum in April revealed that ‘blogs are widespread, but online video is the number one application’. This will be a trend in 2008.
In virtual worlds, Second Life had it’s first Book Fair, at which Pan launched The Unofficial Tourists’ Guide to Second Life

there. Nature Publishing continued to host events on their three islands, popular with the scientific community, including a virtual climate change conference to coincide with a rather bigger UN one happening in real life in December. Meanwhile, many small independent publishers clustered around Book Island, Cookie Island and elsewhere, while Jilly Kidd interviewed authors on her chat show Meet the Author on the in-world television channel SLCN (Second Life Cable Network). You can even watch it online without being in Second Life. How cool is that? Books are thriving in Second Life, and will continue to do so in 2008.
Social networking went mainstream in 2007. The London network became the largest in the world. Facebook released their API in May, sparking that plethora of Facebook applications cluttering up many profiles, including several book sharing apps. Many, many publishing staff and authors got onto MySpace and Facebook this year. One author, Alison Kervin, even created a Facebook profile for Tracie Martin, her character from The WAG’s Diary

, which attracted a large following. Others set up Facebook Groups or MySpace profiles for their books or organized their book launches with Facebook events.
Overall, what really struck me in 2007, not least from the members of the Publishing Talk Facebook Group is this: while many publishers are sitting on the fence with social media, many more authors just get it. They’re doing it for themselves, without all the hand wringing, confusion and resistance. Is this a threat to publishers? Or an opportunity to tap into that enthusiasm, digital skill, and marketing potential?
I also know from the publishers I talk to that the tide is turning. There has been much testing of the water this year: watching, waiting and wondering – but also some dipping in of toes. And more publishers are realising that, now social media has gone mainstream, that’s where their authors are, that’s where their customers are – and that’s where they should be too. 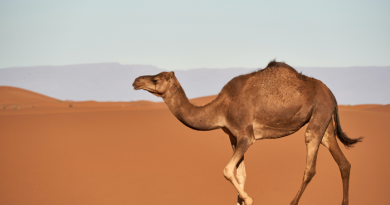 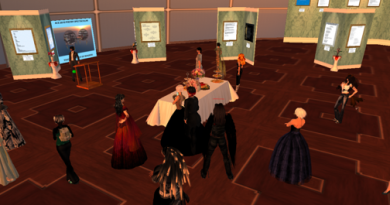