[source]
Here’s a bit of Friday fun that’s doing the rounds at the moment. Joking aside, there are, in fact, two genuine new social networking sites in the UK that are targeting the ‘grey market’: MyChumsClub and Sagazone, which both launched last month. In the US there are even more, including reZOOM, Eons, BOOMj and boomertown, all aimed at the over-50s.
I can’t help thinking that these baby boomer networks are as patronising as all those ‘computing for the over-50s’ books (do you know how old Bill Gates is?). They also seem based on the myth that mainstream social networking sites are for kids.
Yes, Facebook started on US college campuses – and, in fact, until September last year, was restricted to them. But, now that anyone can join, the demographic is shifting quickly. A recent study by analysts comScore, reported in the Telegraph, showed that nearly one third of Facebook users are aged between 35 and 54, and that this group also made up 41 per cent of MySpace users.
The myth of the MySpace Generation is annoying to those of us who are over 35. I get annoyed when politicians use social networking to connect with the ‘yoof’, since I’m a grown-up who’s interested in politics and uses social networks. I’m sure many younger people find that attitude patronising too. But setting up separate digital geriatric ghettos seems just as bad.
My eldest Facebook friends are Yoko Ono (74), who makes extensive use of social media for her peace campaigning work, and Ming Campbell (66), one of the first mainstream politicians in the UK to use social networking. OK, they’re both campaigning uses of the medium – but there are also plenty of older people who use these sites in the same way as everyone else, without needing to install the Werther’s Original app.
There is a trend, regularly reported at social media conferences, for more niche social networks based on specific groups and interests, which may overtake the ‘generics’: MySpace and Facebook. I think that, while there is some truth to the trend, Facebook has yet to peak, and niche networks will be based more on specific subjects, professions, and interests than simple demographics.
I can understand social networks that are restricted to children – such as Club Penguin – but do adults really need such protection? One of the attractive things about social networks is the ability to make connections with people who share your interests – regardless of demographics, and without ghettoising the grey (or anyone else).
I’m all for alternatives to MySpace and Facebook, but I’m not convinced that restricting membership to over-50s is the way forward. I may be proved wrong if these sites turn out to be roaring successes; but I tend to think the grey dollar is as much a figment of the ad exec’s imagination as the pink pound.
There’s an analogy with magazine publishing here: yes, there are magazines that segment the market on highly age-based demographics; there are also far more that are subject-specific for readers of any age.
What does this mean for publishers? Well, first of all, don’t write off social networking as a teenage obsession. You can create a community around your content using generics like Facebook, MySpace, Bebo, YouTube, and I would encourage that. But there is also an opportunity to join the trend for niche networks, and start your own, built around your subjects. Nature Network is the best-known example of this, and probably the most successful.
What are the advantages of your own network? You have a direct connection to your market (useful for market research); you can promote your products using opt-in permissions-based marketing; and you can attract revenue from highly-targeted advertising. And it’s a game the whole family can play: suitable for all ages. 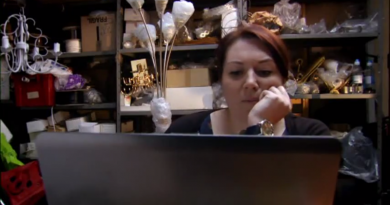 Second Life gets a new voice