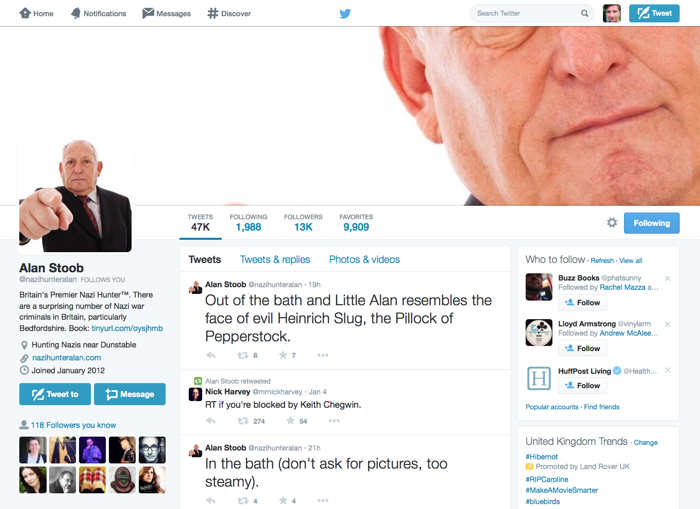 Ever dreamed of creating a Twitter character and turning it into a book? Saul Wordsworth reveals how he took his comic creation Alan Stoob from Twitter to bestselling book – and maybe even Hollywood – and how you can get started yourself. 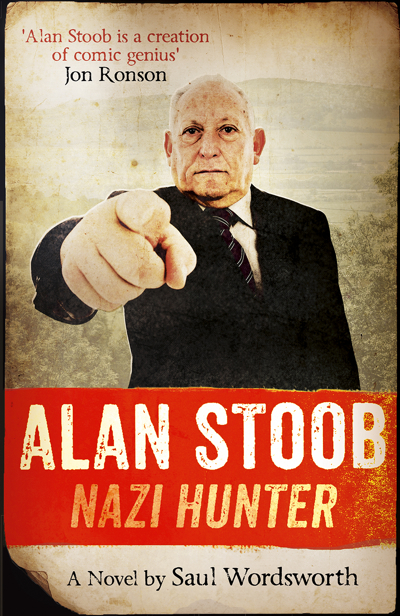 In 2003 I quit my job in sales to become a writer. I wasn’t the first and I won’t be the last. It was a painful process and involved unpleasant periods of temping but by 2005 I had finally extricated myself from my former career and was writing professionally. I’d picked up some freelance work with a magazine publishing company and in my spare time I worked on my magnum opus. When eventually I submitted my manuscript to some of London’s top literary agencies I couldn’t have been more excited.

Of course no one wanted it.

I remained full of ideas and began sending out spec radio scripts, leading to a number of meetings with agents and production companies. A few of my projects got forwarded onto the BBC, mostly comic spoofs. Unfortunately BBC Radio 4’s commissioning criteria had stipulated ‘no spoofs’ for many years. I felt thwarted. To let off steam I submitted letters to national newspapers using ridiculous names while I planned my next move.

Three years ago on an especially wet afternoon in Norfolk I was sat around with two cousins. We were laughing and joking about jobs that were going out of fashion. Someone said ‘Nazi Hunter’ and a light went on my brain. I may have even raised a finger. My comedy-writing muscle began to flex.

Purely for my own amusement I created a website about an elderly Nazi Hunter called Alan Stoob, resident of Bedfordshire. A week later I took the character to Twitter.

Many of you will have experienced the nakedness of sending your first tweet. Perhaps you didn’t last long. Or perhaps you performed the classic one-two-three (“Hello Twitter!” “Is anybody out there??” “This is rubbish!”) and promptly left. I’ve been there. Yet this time when I tweeted as my new creation (@nazihunteralan) people seemed interested. Who was this old man and what was he doing hunting Nazis in and around the Dunstable area?

On Twitter I began to flesh out the character: Alan has been asked to hunt Nazis at the behest of world-famous Nazi Hunter Simon Wiesenthal; the Nazis arrived in Bedfordshire via an underground tunnel connecting Bremen to Biggleswade; his Dutch wife had an affair with boxer Henry Cooper in the early-70s; his 42-year-old son still lives at home.

For the first time I was experiencing life on the other side of the Twitter fence: interactions and retweets, a raft of celebrity followers, endless amusing exchanges with singer Alison Moyet. I was also losing hours in the day to my comic creation. It was time to capitalise.

With a clear vision of how a book should play itself out I began writing in earnest. After all, I’d already fleshed out the character on Twitter. However I remained unsure about the format. “What about a diary?” suggested my girlfriend. Another light went on in my brain, another finger raised.

Twitter spin-offs are on the rise. By and large they are, shall we say, of mixed quality.

Twitter spin-offs are on the rise. By and large they are, shall we say, of mixed quality. I wanted to write something that would stand the test of time. More especially I was adamant the book should work outside the realms of social media. Someone could read it and enjoy it as a standalone piece, knowing nothing of Stoob’s presence on Twitter.

Early on I began tweeting with my agent, Oli Munson of A.M. Heath. He didn’t know I was Stoob but he followed back and clearly enjoyed the joke. When I finally sent him the manuscript in the spring of 2013 he replied in capitals, with a few swears thrown in, claiming that I’d made his week and that he liked the character so much he was going to approach the creator about a possible book.

Interacting with my agent was crucial. Alan Stoob is a complex concept to grasp at a glance. Why is he hunting Nazis? Why Bedfordshire? By breaking Oli in gently he had already bought into the idea of Stoob. By the same token soon after he’d submitted my book to publishers Oli tipped me off that an editor at Hodder & Stoughton might be interested. I sought him out on Twitter and we exchanged a few choice tweets. This enabled him to glance a new dimension to the character, as well as it being an opportunity to highlight my follower count and buzzing timeline.

In October 2013 I received the call all writers dream about. A proper book deal with a major publisher. I was overjoyed. A few weeks later we entered the realms of the surreal; a Hollywood production company fronted by a major director had read the manuscript at Frankfurt Book Fair and wanted to option the novel. I was of course knocked sideways, though assumed this would end up simply a fun story for friends and family. The time and energy currently being invested in bringing my character to the silver screen makes me believe Stoob the Movie could yet become a reality.

As a Twitter author I possess a huge database of followers; writers, comedians, producers, journalists, even sportsmen and women. A bank of goodwill. I’ve chalked up five radio appearances to date, four of which were realised through Twitter. I had a feature in the Independent and one on the BBC website, both courtesy of Twitter connections. Many of Stoob’s celebrity followers have received a copy of the book courtesy of Hodder. A few have tweeted positively and I’ve seen a spike in sales. Hell, I’m even writing this because I’ve been connected to Publishing Talk through the Twit.

Twitter can help all writers, aspiring or long-established. The bigger your following the greater your potential market and the more favourably a publisher will look upon you.

Not everyone can or wants to create an alter-ego on Twitter, but Twitter can help all writers, aspiring or long-established. The bigger your following the greater your potential market and the more favourably a publisher will look upon you. And if you’re fretting about spending too much time on Twitter remember: it’s all writing.

Saul Wordsworth is a writer and journalist. His novel Alan Stoob: Nazi Hunter was published in October 2014. Saul has also contributed articles to The Guardian and The Independent, columns for Metro and Square Mile, and sketches for BBC Radio. Follow him on Twitter at @saulwordsworth.

10 tips for organizing a tweetup 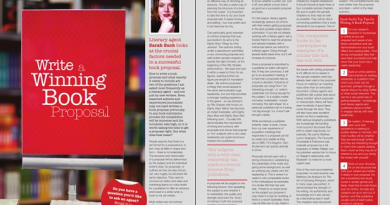 How to write a winning book proposal