Did you miss this year’s Bologna Children’s Book Fair? Never fear – our intrepid Bologna Correspondent Lucy Coats shares all the fun of the Fair.

The rights-selling frenzy at Bologna Children’s Book Fair starts on a Monday, and as ever, the Sunday afternoon flight from London was full of children’s book types eager to sell or buy the Next Big Thing – publishers, agents and literary scouts, along with a small gaggle of authors and illustrators. Airport delays meant many sadly missed out on the Random House party in the Royal Carlton Hotel, which usually kicks the Fair off in style.

Despite the unusually cold, damp weather, the Monday halls were buzzy and busy from the start, especially over at the OUP stand, where a behatted Philip Reeve and a bewigged and ballgowned Sarah McIntyre drew crowds of photographers as they decorated the stand in fine style, surrounded by pen-shaking minions. Publisher Liz Cross expressed excitement over their upcoming joint venture Oliver and the Seawigs, and was also upbeat about Wendy Meddour’s Wendy Quill is a Crocodile’s Bottom, illustrated by the author’s 12 year-old daughter, Mina May.
The many British publishing stands in Halls 25 and 26 had a steady flow of half-hourly appointments on all three days – but Puffin were off to an early good start and keen to talk up their pre-Bologna purchase Half Bad by Sally Green (with a US auction and multiple offers in the French and German markets being tied up at the time of writing), which is Editorial Director Ben Horslen’s first acquisition since moving from Random House earlier in March. Harper Collins flagged up ex-MacMillan publisher’s brand-new Mirror Chronicles and spoken-word poet Steven Camden’s debut novel Tape as ones to watch, while Templar Books were seeing the Big Picture with their new illustrated imprint launching in September with a very international feel.
Digital is as big as ever, with brands and interactivity taking top spot. Talks in the Digital Cafe post-TOC were well-attended, particularly Nosy Crow MD Kate Wilson’s session with The Guardian’s Julia Eccleshare. Ironically, the lack of internet connection for tweeting purposes (and appalling wifi coverage in general throughout the Fair) was frustrating for many in getting the word out to a wider audience. Wilson maintains that the digital choices already made at Nosy Crow are vindicated by what she heard at Sunday’s TOC conference. Designing different content for the screen is key. “Print remains an important way of delivering books…but there’s no point in squashing a picture book onto a phone.”
In a pleasing close to the first day of the fiftieth Fair, popular publisher Klaus Flugge of Andersen Press was given honorary citizenship by the president of the Comune de Bologna. Flugge has attended all fifty Fairs, and was acknowledged for his “valuable activity and remarkable commitment in the field of children’s books.”
Tuesday brought even more visitors to swell the aisles. Spotted in passing were illustrator Babette Cole, Nicolette Jones of the Sunday Times, David Maybury of Inis Magazine, Irish Laureate na n-Og, Niamh Sharkey, illustrator Axel Scheffler and children’s literacy consultant, Wendy Cooling. The big excitement of the day was news from Catherine Clarke of Felicity Bryan about debut author Clare Furniss, who she first met four years ago at a SCBWI conference. After a frantic seven-way battle between publishers, Clarke finally sold Furniss’s The Year of the Rat to Ingrid Selberg of Simon and Schuster, and there are also deals with Bompiani in Italy and Hanser in Germany, as well as other foreign offers on the table.

Random House picture book Publisher, Fiona MacMillan was bubbling with enthusiasm over Shirley Hughes and Clara Vulliamy’s mother/daughter collaboration on the Dixie O’Day series, which has a delightfully retro feel – fitting in nicely with the current 1950’s zeitgeist picked up on by popstar fashion icons Paloma Faith and Lana del Rey. There are three titles already under contract, and MacMillan is negotiating for three more. The book will be “a beautiful and precious object” in the hardback edition, and editions have already sold to Japan and the USA. MacMillan also talked up Hughes’s forthcoming Alfie’s Christmas along with breaking news of an interactive permanent placement at the Natural History Museum for Paul Strickland’s classic Dinosaur Roar to celebrate its twentieth anniversary along with associated e-pub and enhanced editions.
Edinburgh publishers Barrington Stoke have brought books for dyslexic kids into the twenty-first century mainstream with buoyant sales and big names. News that their Little Gems series has sold 40,000 copies in its first three months alone, including to non-trade outlets such as Sainsburys and WH Smith mean their high-end production values and high-class author strategy are clearly paying off. Forthcoming hi-tech jackets will get them noticed even more, as will a new picture book list for 3-5’s launching in spring 2014 with titles from Michael Morpurgo, Eleanor Updale, and one more Mega Big Name who will be announced soon. These will be all about layout, accessibility and helping parents who may themselves have reading difficulties to share with their kids.
The prestigious Astrid Lingren Prize (worth $700,000) was won by Argentinian illustrator, writer and cartoonist Isol, and the announcement was live-streamed from Lindgren’s home town of Vimmerby in Sweden. Judges praised Isol’s “energy and explosive emotions” as well as her “liberating humour and levity”.

Tuesday night was all about the parties, with Egmont in a nightclub, Usborne offering prosecco and bookish chat, while the Children’s Books Ireland stand preferred whisky, smoked salmon, cheese with Guinness and an excellent art exhibition (including work by P.J Lynch, Oisín McGann and Donough O’Malley) curated by Niamh Sharkey, Laureate na nOg. Irish publishing hearts were definitely in festive mood, especially at Futa Fata where a number of interesting deals are in progress. Frances Lincoln Books hosted a launch for Mary Hoffman and Ros Asquith’s The Big Book of Feelings, where publishers from nine countries toasted the book’s success in bagging no less than fourteen co-editions so far. The Faroese publisher Niels Jákup Thómsen, Managing Director of Bókadeildin shared news that a copy of Hoffman and Asquith’s previous book, The Big Book of Families had been given to every member of the Faroese Parliament, as an encouragement to support the cause of gay marriage.
Wednesday dawned bright and sunny, with the gelato stand by the Literary Agents’ Centre doing a roaring trade under the up escalator. It was just as busy at the top, where heads were bent over tables, examining picture books and brokering potential deals.
Both agents and publishers were generally upbeat across the board, talking of a strong emerging market in Turkey, and mentioning crime, standalone middle grade fiction, brand building and humour as trends publishers are currently interested in, with the picture book side also making a strong showing. There was a more obvious US presence than in previous years, which many found encouraging. As at recent fairs, news of more done deals and acquisitions will emerge in the weeks after the Fair, but in general, Bologna 2013 was seen as creative and busy, with some cautious green shoots of post-recession revival poking their heads above the publishing parapet.

Lucy Coats has worked in publishing as an editor, as a bookseller, and is now a journalist and author of children's books for all ages. Her series Beasts of Olympus is published by Piccadilly Press, and her YA novel, Cleo, about the teenage Cleopatra, is published by Orchard Books. Lucy was Contributing Editor on the Children's Publishing issue of Publishing Talk Magazine. Find out more at www.lucycoats.com and follow her on Twitter at @lucycoats. 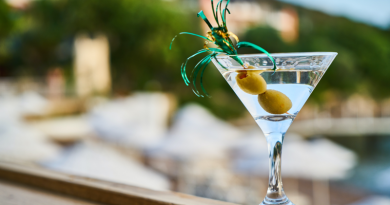 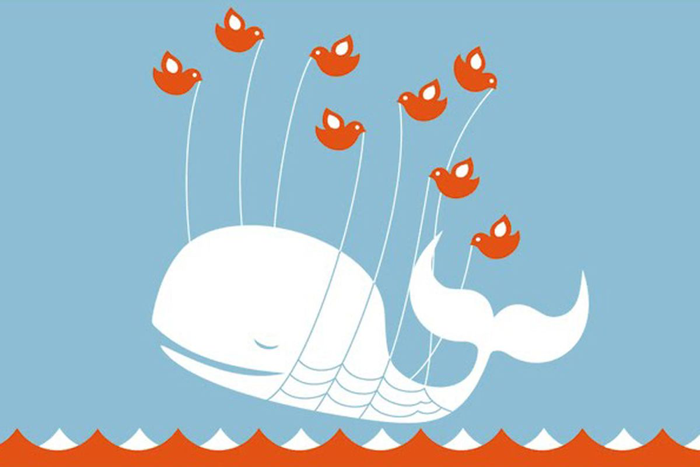 Are you too big for social media?